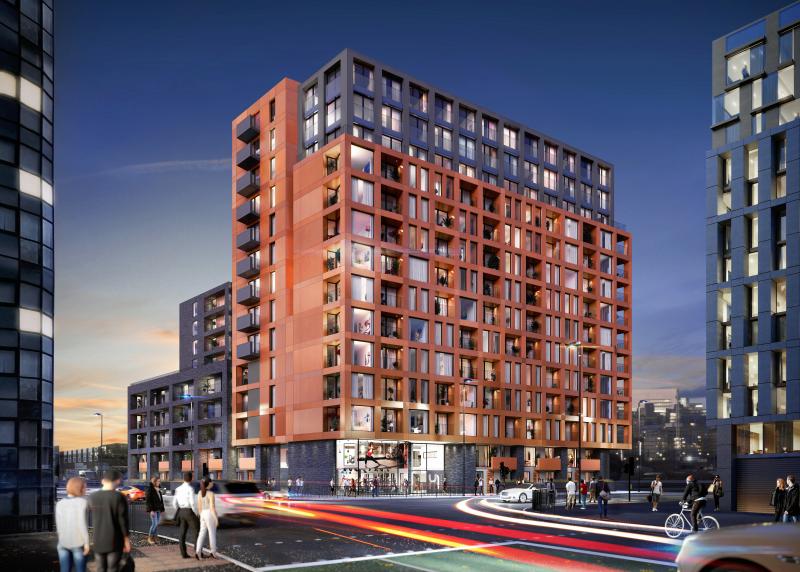 A development close to Manchester city center.  X1 The Landmark is equidistant from Manchester and Salford, two of the most desirable locations in the UK. Both are major parts of the Northern Powerhouse and are enjoying significant economic growth. Consequently, the population in the area is growing at an impressive rate as young professionals flee London looking for a more affordable lifestyle in an exciting location.

Manchester is commonly seen to be the UK’s de facto ‘second city’, a tag which it certainly deserves. It was given the title of the UK’s most liveable city and the 43rd best in the world in 2016 by the Economist Intelligence Unit and was praised for its infrastructure, stability, and culture. Manchester’s outstanding range of shops, bars, restaurants, museums, theatres, sports venues and tourist attractions should appeal to any investor.

The neighboring city of Salford is equally impressive. Since the grand opening of MediaCityUK at Salford Quays, Europe’s first bespoke technology, and media hub, Salford has gone from strength to strength. People have been flocking to live in the area for years now and the number of tourists heading to destinations such as the Lowry Theatre and the Imperial War Museum North has also been growing in recent years.

X1 The Landmark will provide 191 apartments and townhouses to a local housing market which suffers from a dearth of high-quality rental accommodation. As the local population grows thanks to the economic boom in Manchester and Salford, luxury apartments like those at X1 The Landmark will be in ever-greater demand among the young professionals which make up the bulk of the local tenant pool. Proximity to local amenities and public transport, as well as Manchester city center, is yet another draw for tenants looking to live in one of the most exciting areas of the UK.

The apartments and townhouses themselves are specified to the highest standard and are equipped with modern fixtures and fittings as well as top-of-the-range furniture. Residents can also make use of superb on-site facilities such as a gymnasium, and all apartments and tenants will benefit from the outstanding service offered by X1 Lettings who will let and manage the development on the investors’ behalf.

Investment Options: LAST CHANCE TO BUY! This development is over 90% sold out and in construction!